Curvy Girls In, Skinny Bitches OUT!

~~~Haven’t you received the memo, Bucko? Curvy girls are In and Skinny Bitches are OUT.  Sort of what Heidi Kleim says in Project Runway:  “In fashion—one day you’re in and the next day you’re out.” Only she says it better with the German accent.

Anyway, that’s neither here or there…

Nobody wants to watch a skinny bitch with a skeletal torso strutting down the cat walk; nobody wants to observe ribs protruding and tummies sunk into the internal organs.  I think there are names for that:   Heroin Addicts, Meth Heads, and Girls Who Eat Lettuce and Stuff Fingers Down Throats.

And another thing, we can’t stand a totalitarian telling us what we must like, or should like, or ESPECIALLY, what we lack. That is, unless you want your ass kicked to Timbuktu and back again.

Don’t even open your mouth.

So what’s got me on my soap box today?  I’ll tell you, Sistahs, and you know I’m dying to.  What’s got my undies in a twist is that Ralph Lauren, whom I thought was professional and principled, fired one of his models because she does not fit his imaging any longer.

“We consider her an important part of our imaging and branding,” the designer said in a statement to the media. “We regret that our relationship has ended as a result of her inability to meet the obligations under her contract with us.”

Her inability you dare say. What’s wrong, is she a size 5 now, Jerk?  Obviously, this designer is NOT a woman.

Leslie Goldman, a body image expert, told NBC News: “The thought of this model being too fat is laughable. When you see her, she’s extremely tall and extremely thin. She has a perfect model’s body, but apparently not perfect enough.”

Here’s what inquiring minds want to know:  When will women be perfect enough, thin enough, good enough, and immaculate enough?  Seriously, if a model is getting fired for being too fat at a size 4, where does that leave the rest of us full figured gals, us Godiva loving chicks, us double dipper freaks? And more than that, what sort of message is this sending to our young girls, our unfortunate- body- image- obsessive girls?

“There’s no question younger girls are getting this message, says Murnen, who has studied this for 15 years.”We have done studies of grade-school girls, and even in grade 1, girls think the culture is telling them that they should model themselves after celebrities who are svelte, beautiful and sexy.”—USA Today

Did she say SEXY?

Not only did Mr. Lauren and his shallow, one dimensional company fire Ms. Hamilton, but they also placed her head on this unnatural, grotesque body. And thank goodness, this is where Ms. Hamilton drew the line in the sand.

(
“I saw my face on this super-extremely skinny girl, which is not me. It makes me sad. It makes me think that Ralph Lauren wants to have this kind of image. It’s an American brand … and it’s not healthy, and it’s not right.”

Exuuuuuuuuuuuuse me, THERE IS NO SUCH THING as perfection, and quite honestly, imperfection is much more fascinating.

Kate White, the editor-in-chief of Cosmopolitan magazine, said “I think women have to protest, and back it up, because sometimes women say they want real girls on the covers, but often those magazines don’t rate as well, and if you put a heavy celebrity on the cover, it may not sell as well,” White said. “Women have to complain and then back it up with their actions — with their pocketbooks.

As the saying goes “We can do so much more together than we can ever do apart.”  Can we come together with our actions and pocketbooks?

Will you buy this magazine? 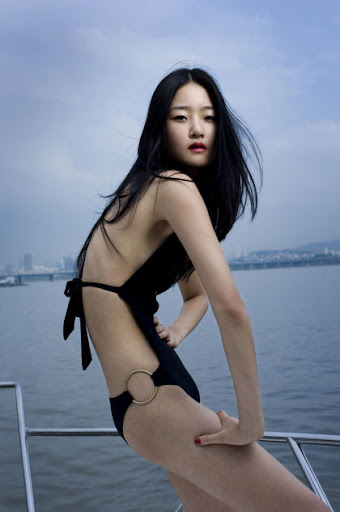 In The Presence Of God

you gotta hurt a little bit to be beautiful & thin